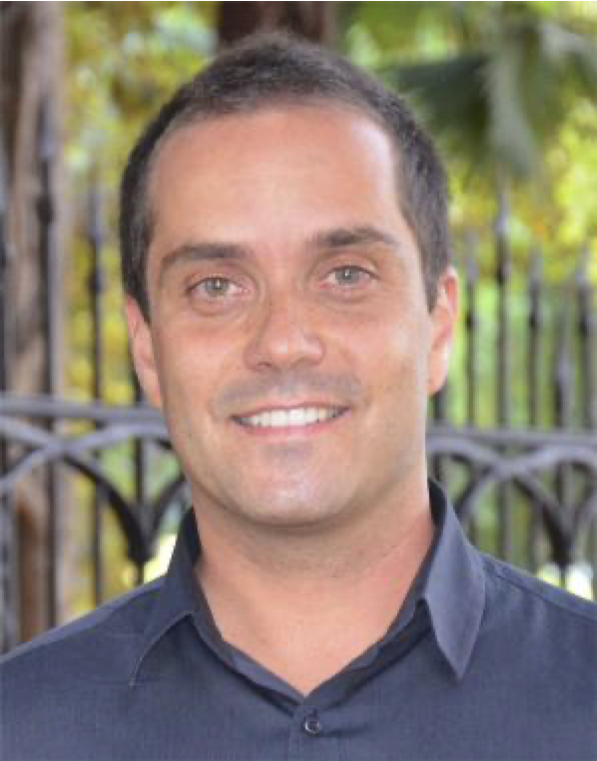 He is an Assistant Professor at the University of Palermo, Italy. He received an M.S. degree in Computer Science Engineering in 2004 and a Ph.D. degree in Robotics and Automation in 2009 from the University of Pisa. He has been a Visiting Researcher at the Department of Energy, IUT Longwy Universit\'e de Lorraine (France) in 2019, at the School of Physics and Engineering, University of the South Pacific (Fiji), in 2017 and 2018, and at the Department of Mechanical Engineering, University of California at Riverside, in 2015 and 2017. He enrolled in the Summer Student Programme at the European Center for Nuclear Research (CERN), Geneva, in 2002, and in the International Curriculum Option of Doctoral studies in Hybrid control for complex, distributed, and heterogeneous embedded systems, in 2007. In 2008, he led the team of the University of Pisa during the first European Space Agency's Lunar Robotics Challenge, which resulted in a second-place prize for the team. He was one of the recipients of the IEEE ICRA's Best Manipulation Paper Award in 2005.

He is an Associate Editor of the IEEE Robotics and Automation Letters (RA-L) since 2018 and of the IEEE International Conference on Robotics and Automation (ICRA) and IEEE/RSJ International Conference on Intelligent Robots (IROS) since 2017. He is a member of the IFAC Technical Committee on Control and Education since 2020. He is the Delegate for International Mobility for the undergraduate course on Cybernetic Engineering at the University of Palermo.

He teaches Automatic Control, Foundations of Robotics, and Mobile & Distributed Robotics at the University of Palermo, in the Department of Engineering since 2012. His main research interests are in soft robotics, learning methods for robotics, self-driving racecars, distributed algorithms for consensus on set-valued Boolean information and for data clustering and estimation.
Collaborators 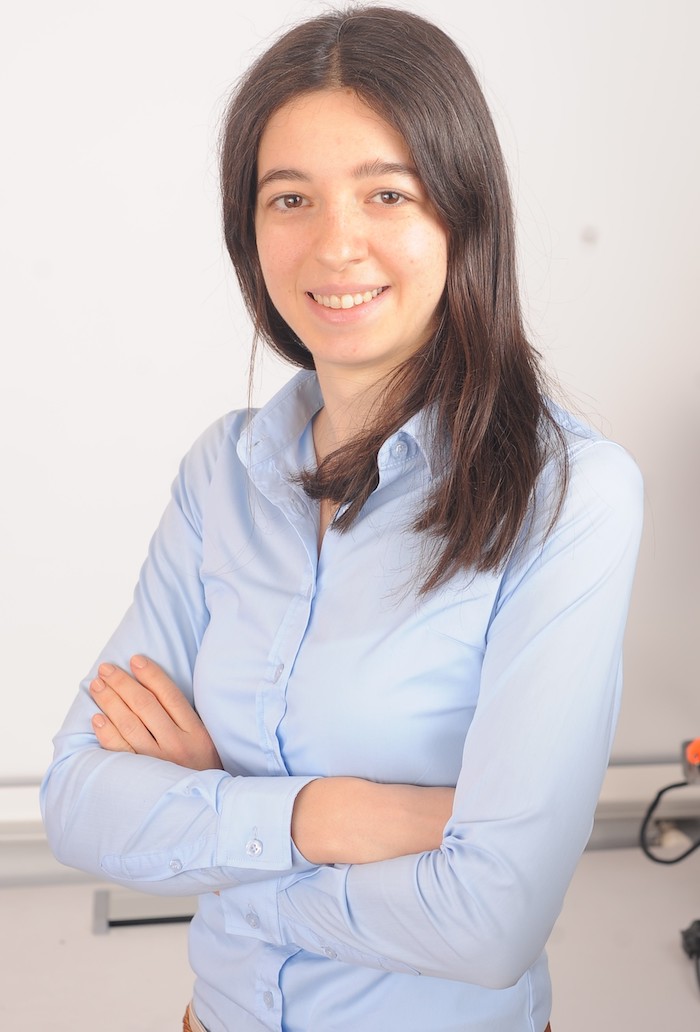 She was born in Bor, Serbia in 1993. She received her Dipl. Ing. at the School of Electrical Engineering (ETF), University of Belgrade in 2016. During the internship in Military Technical Institute in Belgrade she did graduation thesis, titled Autopilot design for the self-guided short-range air-to-surface missile under the supervision of prof. dr Stevica Graovac. She did the internship in Robert Bosch GmbH in Renningen, Germany in summer 2016 in the field of testing procedures for the electrical drives. The following year (2017) she got the M.Sc. degree. Her master thesis under the title Analysis of low power DC motors vibration signals using wavelet analysis was done during the internship in Robert Bosch GmbH in Buehl, Germany under the supervision of prof. dr Željko Đurović and dipl. phys. Rüdiger Ruddies. In 2016 she got CLAD certificate (Certified LabVIEW Associate Developer) from National Instruments. Currently she is enrolled in joint PhD studies in University of Palermo and University of Belgrade in the field of robotics and control, supervised by prof. dr Adriano Fagiolini and prof. dr Kosta Jovanović. 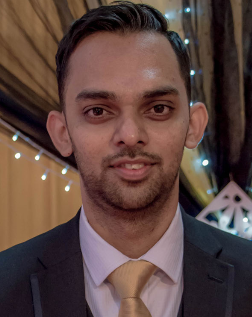 He received the M.Sc. degree in engineering in the area of automation and intelligent systems, in 2010, and the Ph.D. degree in the area of aerial robotics and robust control from The University of the South Pacific in collaboration with the University of Palermo, Italy. He is currently a Lecturer with the School of Engineering and Physics, The Univer- sity of the South Pacific. He also worked as a Con- sultant for several European Projects on Science, Technology, and Innovation in the Pacific. His research interests include robotics, controls, autonomous systems, state observers, and microprocessor applications. He was a recipient of the Erasmus+ staff exchange program and he was attached at the Technical University of Sofia. He is the Vice President of IEEE VTS New Zealand North.
PhD Students

He received the M.S. degree in aerospace engineering, in 2018 from the University of Palermo, Palermo, Italy, where he is currently work- ing toward the Ph.D. degree in information, communication, and technology. His research interests focus on the development of control and estimation systems for self-driving vehicles and UAVs. 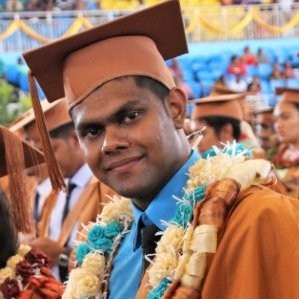 He currently works at the Faculty of Science Technology and Environment, University of the South Pacific, Fiji Islands. Hiye does research in Electrical Engineering and Electronic Engineering. Their most recent publication is "Design of a Fractional Order PI (FOPI) for the Speed Control of a High-Performance Electrical Drive with an Induction Motor".
Other Former PhD Students 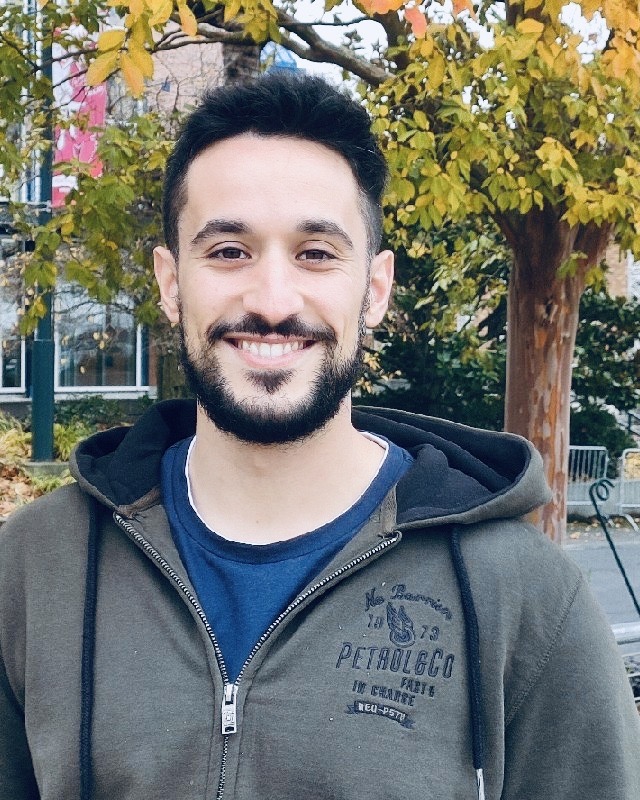 He received his PhD in Information Engineering at the University of Pisa at the Research Center "E. Piaggio". He received his Bachelor Degree in Physics in 2013 from the University of Cagliari and his Master's Degree in Physics (Fundamental Interactions) in 2016 from the University of Pisa. His research is in mobile robotics. He is working on observers of for hybris systems and has joined in the Italian Roborace Team. His research interests include applications of Machine Learning to robotics, action recognition, and model identification.

He received his Master’s Degree in Automation Engineering in 2012 and his PhD in Automation Engineering in 2015 from the University of Palermo. He has been Visiting Scholar at the University of California at Riverside in 2015 where he has worked on the analysis of structural properties of selected classes of Cyber–Physical Systems and on the design of optimal strategies for network attack detection. He has been one of the recepients of the IEEE Best Research Team at the Intl. Conf. on Ecological Vehicles and Reneweable Energies in 2014. His interests are in mathematical models for real–time embedded control systems, design and realization of a photovoltaic monitoring systems, measurements and experimental setup on real photovoltaic plants.